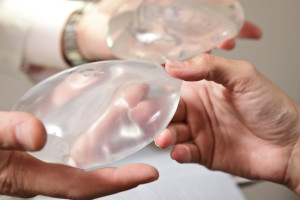 At the plastic surgery practice of Dr. Ary Krau, silicone breast implants are a popular choice among his patients. However, silicone implants were not always a viable option for women seeking surgical breast enhancement. Keep reading to learn about the silicone revolution.

During the 19th century, a German physician by the name of Vincenz Czerny attempted to surgically enhance a woman’s breast for the first time, transferring a benign fatty tumor (a lipoma) to the patient’s breast after he removed a potentially malignant tumor from it. He did so to restore breast symmetry following the initial operation.

The next recorded attempts at breast augmentation happened during the 1940s. Japanese prostitutes implanted various foreign substances into their breasts because they believed that American soldiers preferred large-breasted women. Their makeshift breast implants included paraffin wax, glass balls, sponges and non-medical grade silicone. It was no surprise that most of them suffered severe complications from these early breast augmentation attempts, including tissue necrosis and cerebral embolism.

During the 1990s, however, citizens started to question the safety of silicone implants, positing that silicone gel that had leaked from the breast implants was causing autoimmune diseases in patients. After a lengthy debate about the topic, the U.S. Food and Drug Administration placed a temporary ban on the use of silicone implants in initial aesthetic breast enhancement surgery. This type of implant was still available for use in patients undergoing breast reconstruction after mastectomy or lumpectomy for the treatment of breast cancer. Silicone implants also remained available for patients who already had silicone implants and needed to replace them. During the moratorium, saline implants were women’s only option for primary cosmetic breast augmentation surgery.

In 2006, however, the FDA lifted the moratorium, explaining that the data gathered during clinical studies did not sufficiently link the use of silicone implants to the onset of autoimmune diseases. Silicone implants were once again approved for use in all breast augmentation procedures, for patients at least 22 years of age. Since the FDA lifted the ban on silicone implants, they have proven to be the most popular choice among breast augmentation patients, thanks to their natural look and feel.

If you are considering undergoing breast implant surgery, Dr. Krau invites you to learn more about your treatment options, including details about the types of breast implants that are available. To schedule a consultation with Dr. Krau to find out more about breast enhancement surgery, please contact his office by calling (305) 861-6881.