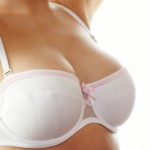 As doctors and surgeons become more experienced in their fields, opinions about the best ways to do certain procedures change. In the past, accepted medical wisdom dictated that it was better for all involved to perform a breast lift or mastopexy and a breast augmentation as two separate procedures. Over the course of thousands of surgeries, Miami-based plastic surgeon Dr. Ary Krau has found that it makes much more sense to perform the procedures together. His findings are backed up by a study published in January 2013 in the journal “Plastic and Reconstructive Surgery,” from the American Society of Plastic Surgeons.

Dr. Krau almost always performs breast lift and breast augmentation procedures together when patients are seeking both surgeries. Doing so makes sense from a practical standpoint. When he is draping and tightening the skin during the breast lift procedure, he is able to drape it around the implant, instead of having to wait to insert the implant during a later procedure.

Fewer surgical procedures means fewer scars. Along with performing the two surgeries simultaneously, Dr. Krau uses a method that leads to less scarring after the breast lift procedure. Instead of making a long, horizontal anchor incision across the chest, he uses a technique called a vertical mammaplasty, where no horizontal is required. The technique not only reduces scarring, but it also has longer lasting results, as it uses the framework of the breast to lift them, instead of relying on the skin.

Every surgical procedure has risks, including complications such as bleeding as well as after effects such as feelings of fatigue. When a doctor chooses to perform a breast lift and breast augmentation separately, he is subjecting the patient to the risks of surgery and anesthesia twice.

The study from the American Society of Plastic Surgeons found that combining the two surgeries into one procedure didn’t make a patient more likely to experience complications or to need revisions or reoperation. The study looked at 430 patients who underwent a breast lift between 2005 and 2009. Of those patients, 332 had breast augmentation surgery at the same time. The study found that the percentage of women who needed another surgery to correct issues with the breast tissue was similar for the group who had both surgeries at the same time and the group that received only a breast lift.

If given the choice, most women would rather undergo a single combined procedure than have to experience two surgeries. Insurance plans typically don’t cover cosmetic procedures, so electing to perform both breast lift and breast augmentation surgeries together saves patients money. It also saves time for both the patient and surgeon. An experienced surgeon such as Dr. Ary Krau can complete the double surgery safely and in a short amount of time, usually less than two hours.