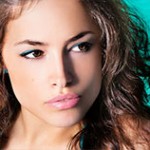 If you have undergone a facelift in the past and you’re finding the results are beginning to diminish, a secondary facelift could be just what you’re looking for to make sure you stay as youthful and energetic-looking as you feel. Now, a new study shows that facelifts performed “the second time around” can provide results that are just as good as the first facelift and with very little risk for complications.

Published in Plastic and Reconstructive Surgery, the journal of the American Society of Plastic Surgeons (ASPS), the study looked at the experiences of the doctors at the University of Southwestern Medical Center in Dallas, who found that second facelifts are both safe and effective, thanks to today’s better understanding of a few key surgical principles as well as a better understanding of the aging face.

The study looked at 60 secondary facelift procedures performed on 57 women and three men between 1990 and 2010 to evaluate both the techniques that were used and the results – both immediate and long-term – that were achieved. The average patient age at initial surgery was 51 years, and at secondary surgery average patient age was 60 years.

Interestingly, of the 60 patients studied, 10 underwent a third surgery an average of just under eight years later, which shows the results of the second surgery lasted just about as long as the results of the initial surgery (which lasted, on average, for about nine years).

So what’s the key to achieving great results from a secondary facelift? In essence, the study reported that cosmetic surgeons who perform facelifts on a regular basis have developed deep knowledge of new techniques as well as a greater understanding of the changes that occur in the aging face, both of which have contributed to the development of better approaches and methods. In turn, patients can expect better results and longer-lasting effects from today’s secondary facelifts.

If you’re not ready to give in to the effects of aging, make an appointment for a consultation with Dr. Krau, and learn how you can stop letting your body tell you how old you should feel.